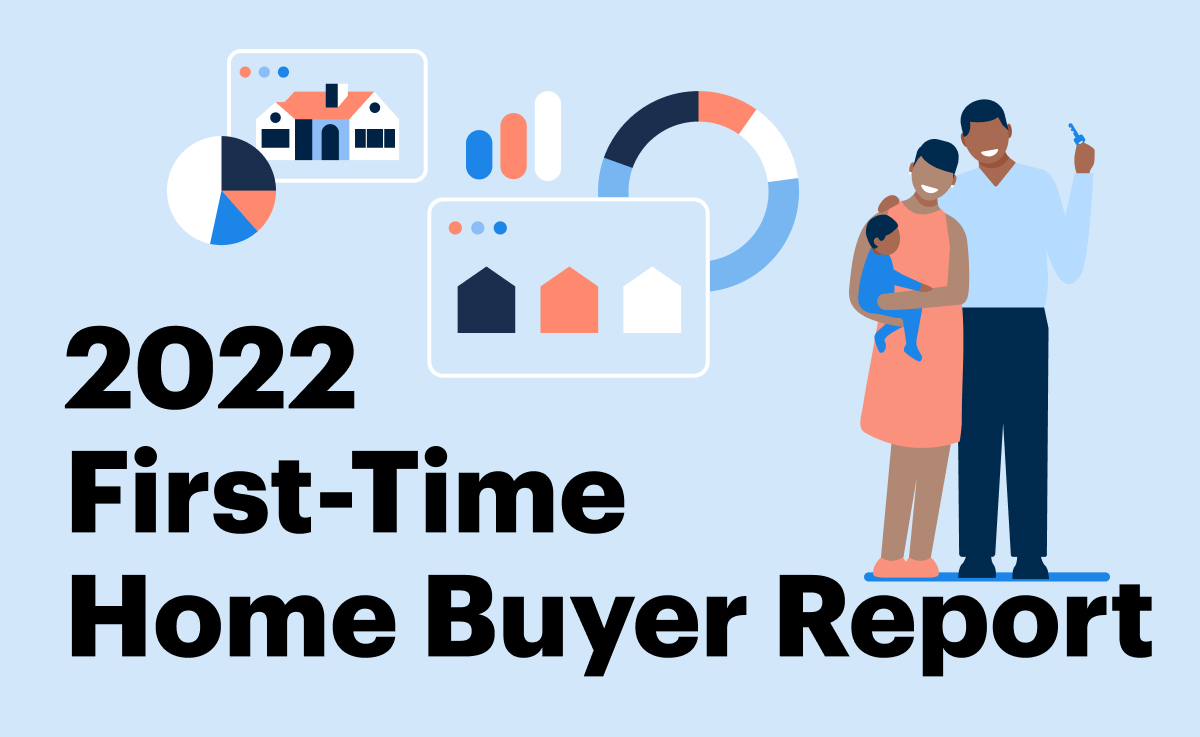 A year after the frenzied market of 2021, first-time home buyers continue to grapple with bidding wars, fleeting listings, unexpected costs, and more demands on their time. But as we’ve seen throughout the pandemic, real estate resilience remains – even for those battle-scarred veterans of bidding wars. And even despite all the time, emotional energy and overall effort it takes, the dream of home ownership hasn’t waned for buyers already in the game as well as newcomers.

What’s behind this strong desire to own, and how has the experience changed over the last year? We partnered with Wakefield Research to reveal some of the pain points for first-time buyers, how they adapted to a chaotic market, and whether they have any regrets.

On par with last year, first-time home shoppers were aggressive in their searches. The average first-time home buyer toured a daunting 24 homes in person or virtually; that was up from 15 in 2021. But some first-timers were more selective: where in 2021 17% of buyers toured fewer than five homes, this year 25% did.

After they chose their favorite, buyers felt a sense of urgency in making an offer, hoping theirs would be the winning bid. Half of first-time buyers said they made offers on five or more homes before winning one; respondents averaged 12 offers apiece, up from 10 in 2021.

Is the desire to own so strong that first-time buyers are settling for a property that’s not “the one”? Some first-timers admitted putting their personal tastes aside and bidding on a home that they didn’t strongly desire. In fact, nearly 2 in 3 (63%) admitted to bidding for a home they didn’t really want: 70% of parents, and 43% of first-time buyers said they bid on several homes that didn’t appeal. This was especially true of Millennials, 20% of whom made offers more than five times on houses they didn’t want. This may seem odd, but it does reflect a sense of urgency based on a flurry of competition and pre-inflationary low mortgage rates.

Even so, once buyers have made a deal, satisfaction is high. Nearly 7 in 10 (69%) say they are confident they found the best home for them in the market, including 92% of Boomers and 72% of Millennials. Of all the adult age groups, Gen Z buyers were the least satisfied, with just over half (54%) saying they found the best home.

Home, oh home, where art thou?

Keeping up in a competitive housing market means checking, and re-checking, listings. More than two in five first-time buyers (41%) say they checked listings several times a day in an average week, up dramatically from the 25% who were searching for homes last year. Those who purchased a home between mid-August and mid-September 2022 checked home listings on average 12 times a day—nearly twice as often as those who bought within the previous 6-12 months.

Often, home shopping can feel like a second job. Beyond checking for listings, there are home tours, meetings with your realtor and financier, and other tasks. In the past year, 65% of respondents said they missed work due to the buying process. Those who lost office time missed an average of 15 hours – nearly two full workdays, which is up one hour of workday time out from 2021.

It’s time for a break

All that’s required in the buying process turned some prospective buyers off: 58% said the home search was “much more time-consuming than expected,” and a vast majority (89%) of first-time buyers said they had previously put off buying a home altogether. Taking a break from home searching can sometimes feel like a defeat, especially when you’re facing economic headwinds. Of those who put it on the back burner, nearly half (49%) cited financial reasons, which included not being financially prepared overall (38%), and not having saved enough for a down payment (25%).

With finances tight, many respondents looked to partners, families, friends, and even strangers to help with the purchase of their first home:

Beyond finances, other factors such as COVID-19 (29%) and a wild housing market (27%) spurred some buyers to put their purchases on hold. But despite these uncertainties, motivation for home ownership remained strong this year.

Half of first-time home buyers said “family” is the top reason they decided to purchase. Space is also an important consideration: nearly half (45%) of first-time buyers purchased their home because they needed more space, particularly parents. For others, the decision to buy is rooted in spending: 45% cited having more peace of mind when owning instead of renting, and another 40% believe that home ownership is a smart investment.

Of all the challenges people have faced in 2022, 43% of buyers said finding a home that best suits their needs was the toughest challenge. While nearly 70% said they did find the best home for them, frustration remains about the actual home-buying process. This includes the stress of waiting on an offer (41%), coming up with enough for a down payment (36%), and being outbid by others (34%).

In 2022, 90% of first-time home buyers said they found ways to save money on fees involved in the process. About half (49%) reported doing their own research, asked more questions about fees (37%), and negotiated fees in the process (36%).

Along the way, nearly all (94%) first-time home buyers say they have experienced a few revelations. While many see the listing price for a home and plan accordingly, unexpected expenses such as closing costs or taxes (38%), home upkeep (34%), unexpected repairs (34%), and the impact on monthly budgeting (32%) are some of the biggest surprises about home ownership. These sorts of unexpected costs caught many single first-time buyers off guard (44%), as well as those earning less than $50,000 a year (44%).

Is it worth it? First-timers say ‘Yes’

Today’s first-time home buyers feel that the time and energy invested in their house-hunting process paid off. Buying your first home can be time-consuming, so approaching it with the right mindset can help you feel excited about it too. Remember that buying a home is a romance. Have patience and embrace each step of the process while you’re searching for “the one.” Your perfect home could be right around the next corner.

Are you searching right now? Download the Opendoor app to learn how we can help you find the home of your dreams.

The Opendoor Survey was conducted by Wakefield Research among 1,000 nationally representative U.S. first-time homebuyers, between September 20-October 2, 2022, using an email invitation and an online survey. “Homebuyers” are defined as those who purchased their first home in the past 12 months. Data has been weighted.

The results of any sample are subject to sampling variation. The magnitude of the variation is measurable and is affected by the number of interviews and the level of the percentages expressing the results. For the interviews conducted in this particular study, the chances are 95 in 100 that a survey result does not vary, plus or minus, by more than 3.1 percentage points from the result that would be obtained if interviews had been conducted with all persons in the universe represented by the sample.

Opendoor is now live in 50+ markets

The Millennial desire for homeownership