6 haunted houses and their grisly stories 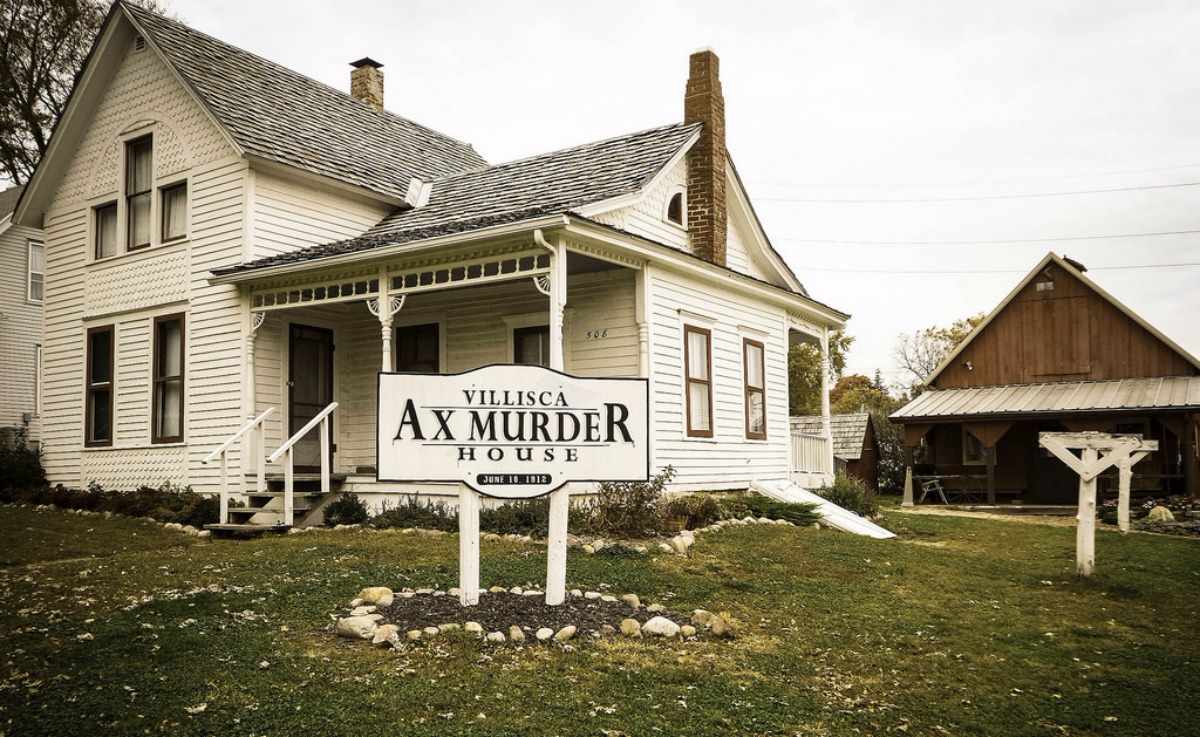 Our goal at Opendoor is to make buying and selling your home less scary—but some houses are downright terrifying.

Whether you believe in ghosts or not, there are countless towns in the US that are filled with scary stories passed down through time. From haunted fortresses to grisly tales of suffering and death, we’ve pulled together a list of some of the spookiest spots.

Built in 1765 by British military officer Roger Morris, this 9-bedroom villa is the oldest house in Manhattan. Some visitors to the estate-turned-museum go to see the site where George Washington once lived—while others hope to catch a glimpse of the ghost of one of its original residents. Eliza Jumel, Morris’s wife, was one of New York’s richest women through her marriage and prosperous real estate business.

Her husband died under mysterious circumstances—which some suspect Jumel may have had something to do with—and though Eliza died more than 150 years ago, her spirit is said to haunt the mansion still. Visitors report hearing footsteps and rustlings, and some have seen a mysterious woman shushing passersby—who they’ve identified as Eliza from her portrait inside. There’s so much speculation around its haunted status that the museum hosts regular paranormal investigation tours. 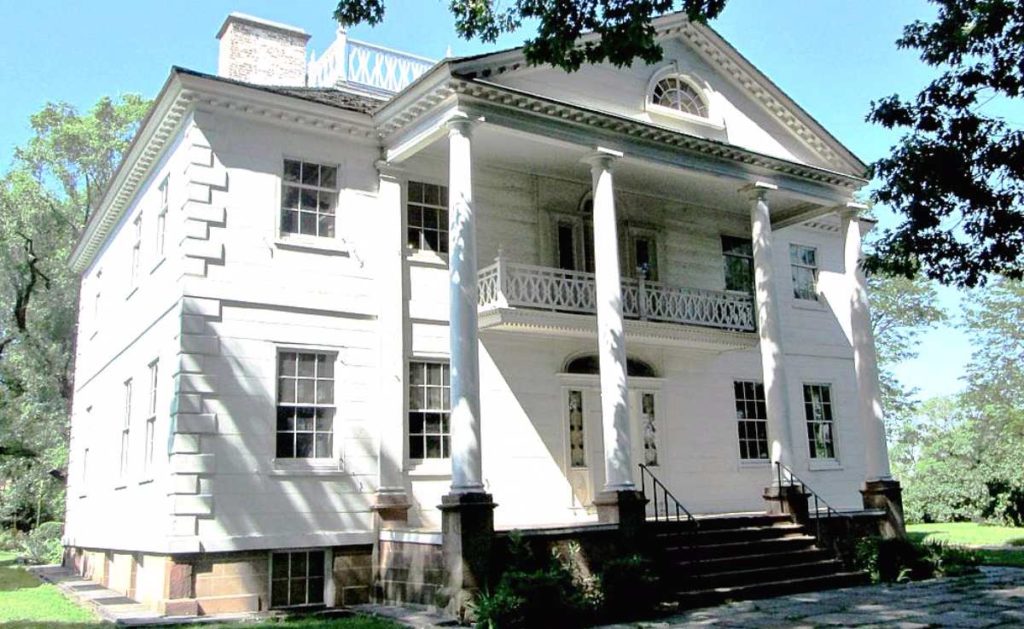 In the mid-20th century, this imposing brick building was a house of ill-repute, hosting a brothel for wealthy gentlemen looking for companionship. Years later, the mansion sat vacant—to living occupants, that is. According to local urban legend, several dead bodies were found in the house’s cellar.

→ Want to sell your house without fears? Learn how we make selling your home easier.

And to make an already gruesome discovery even more chilling: each body’s torso was said to have been marked with what appeared to be a perfect circle. An explanation or perpetrator were never found, and the house remains vacant to this day. 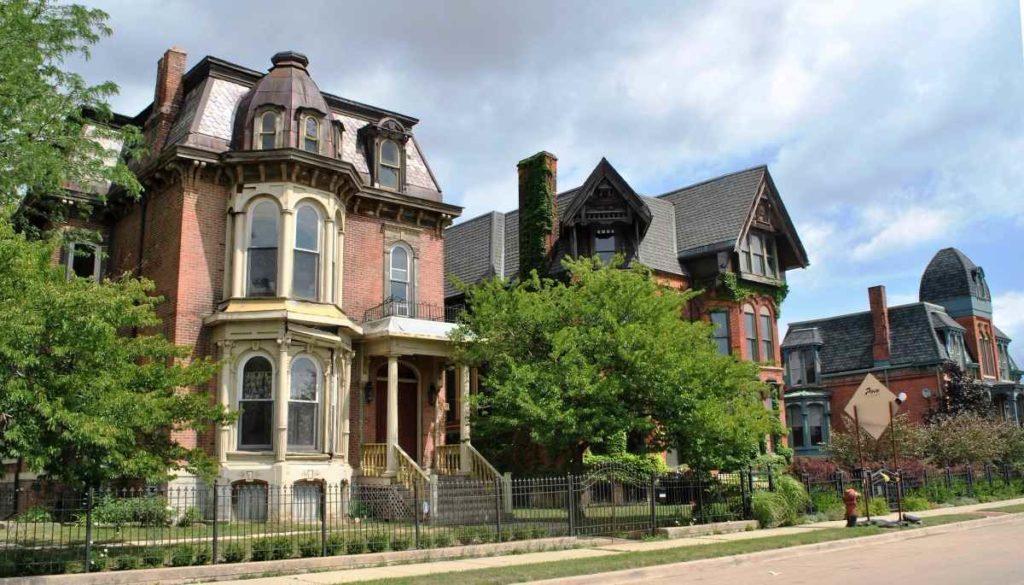 Dr. Louis LaLaurie and his wife Daphne moved into their Creole mansion in New Orleans’s French quarter in 1832. They were known for their extravagant dinner parties and impressive social circle. But while their friends knew them as the very model of society’s finest and most genteel, the couple had a dark and twisted secret life.

The family’s lifestyle was kept up by many slaves—and Mrs. LaLaurie was particularly cruel. She kept her cook chained to the kitchen fireplace, and neighbors noticed a constant stream of new slaves entering the home with no explanation about what happened to their predecessors. In 1834 a fire broke out, and the firefighters discovered a horrific scene in the attic: seven slaves, starved, chained to the walls, and in various positions indicating heinous torture.

When LaLaurie’s crimes became public, she disappeared and was never heard from again—but the same can’t be said of her victims. For almost 200 years there have been reports of paranormal activity in the mansion, including phantom footsteps and reports of moaning in the rooms where Mrs. LaLaurie kept her slaves. 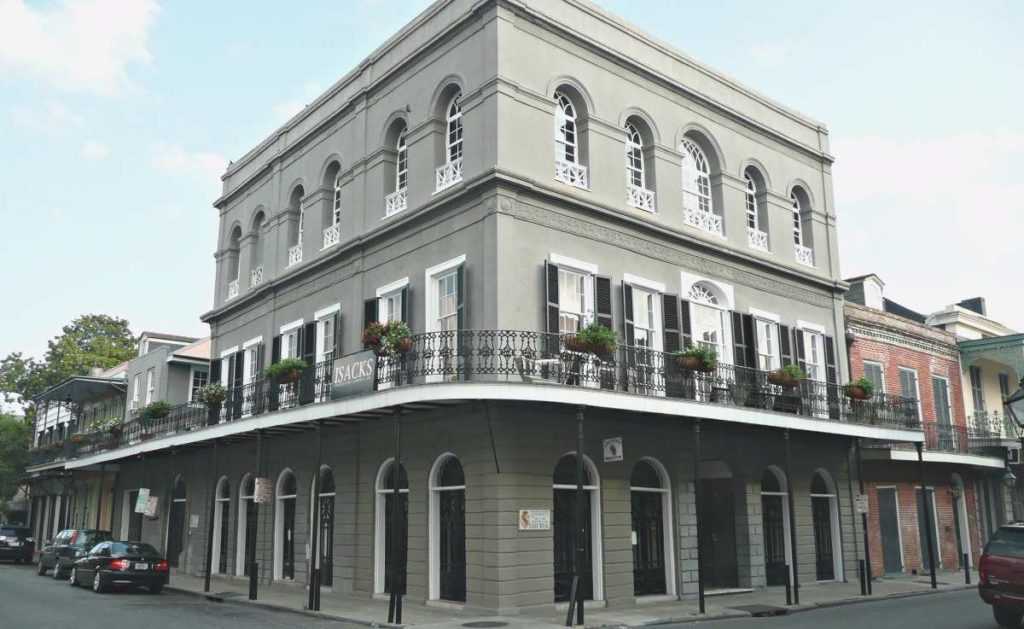 As the name suggests, this unassuming house in small-town Iowa was once the site of a shocking crime. On the morning of June 10th, 1912, Mary Peckham noticed that her neighbors hadn’t been doing their chores in the yard as was their norm; and in fact, the house was unusually quiet.

Upon further investigation, Peckham found the Moore family of six, plus two overnight guests, dead in their beds, having been brutally murdered by axe. While theories over the murders abound, the truth remains a mystery and no one was ever convicted of this crime.

The home is now open to visitors, including an option to stay overnight, who report hearing mysterious children’s voices, doors slamming, and unexplained shadows that seem to follow people around the dark hallways. 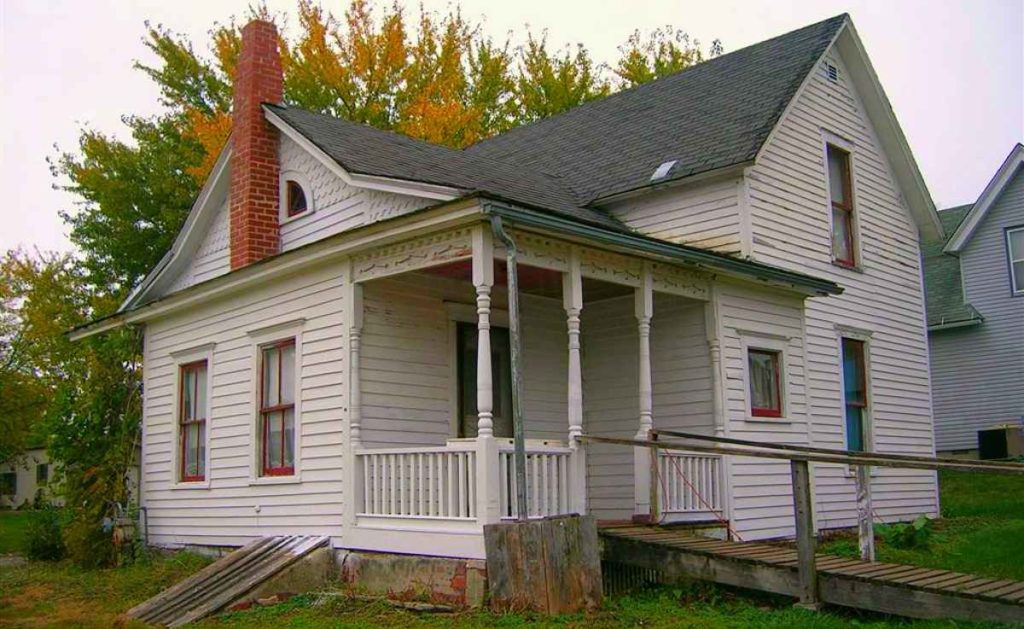 On November 13, 1974, 23-year-old Ronald J. DeFeo Jr. shot and killed his entire family while they slept in their beds, including his two parents and four siblings. Ronald confessed to the murders and was sentenced to 25 years to life. Just a year later, George and Kathleen Lutz jumped at the chance to buy the stately house for a bargain.

They lived there for just one month before leaving in a hurry—and the story of what they experienced in those 28 days has been the subject of much speculation, including inspiring the book and film versions of The Amityville Horror.

The Lutz family claimed they were awoken every morning at 3:15am—which, they later learned, was the approximate time of the DeFeo murders. Their children, they said, began sleeping on their stomachs, just as the dead DeFeo children were found.

They reported a plethora of phantom smells, sounds and unexplained phenomena, including green slime oozing from the walls. Many of these details have been questioned, but the Lutz family insists that the house’s gruesome history haunts it to this day. 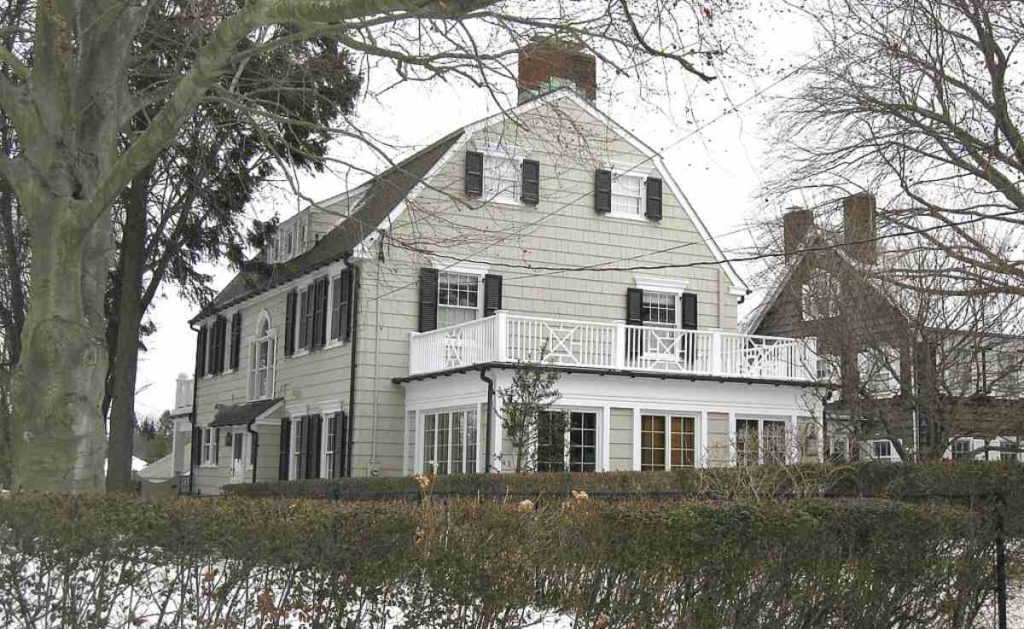 Even before the house was built, the land beneath it saw a very public execution—the hanging of a notorious thief—which, some say, suggest it was doomed to be haunted. When Thomas Whaley chose the site for his family’s estate in 1855, its fate was sealed. From the time they first moved in, a series of unfortunate events including a fire and a home invasion plagued the family. 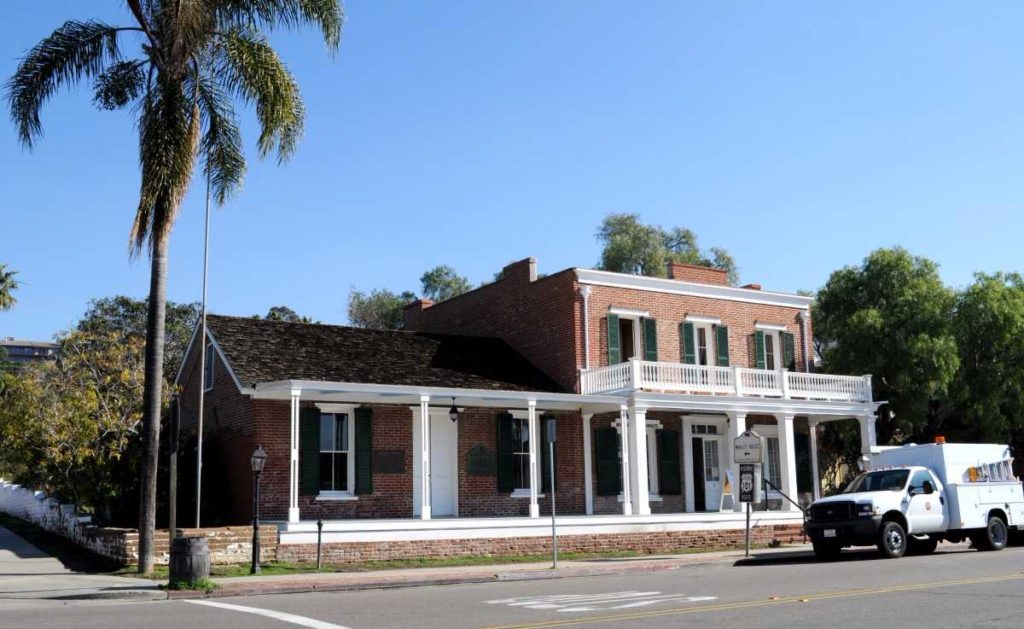 Things took a turn for the worse in 1885 when the younger Whaley daughter, Violet, shot herself in the chest. Since then, residents, workers and visitors have reported seeing Violet, still overwhelmed with sadness, haunting the second floor where she took her own life. Eerie footsteps, disembodied footprints, and unexplainable cold spots are still frequent reports from those who visit the house-turned-museum. 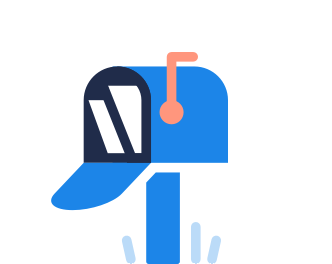 Get expert tips in your inbox

Discover ways to increase your home's value and stay on top of local trends.