Opendoor is bringing simplified home buying and selling to Orlando 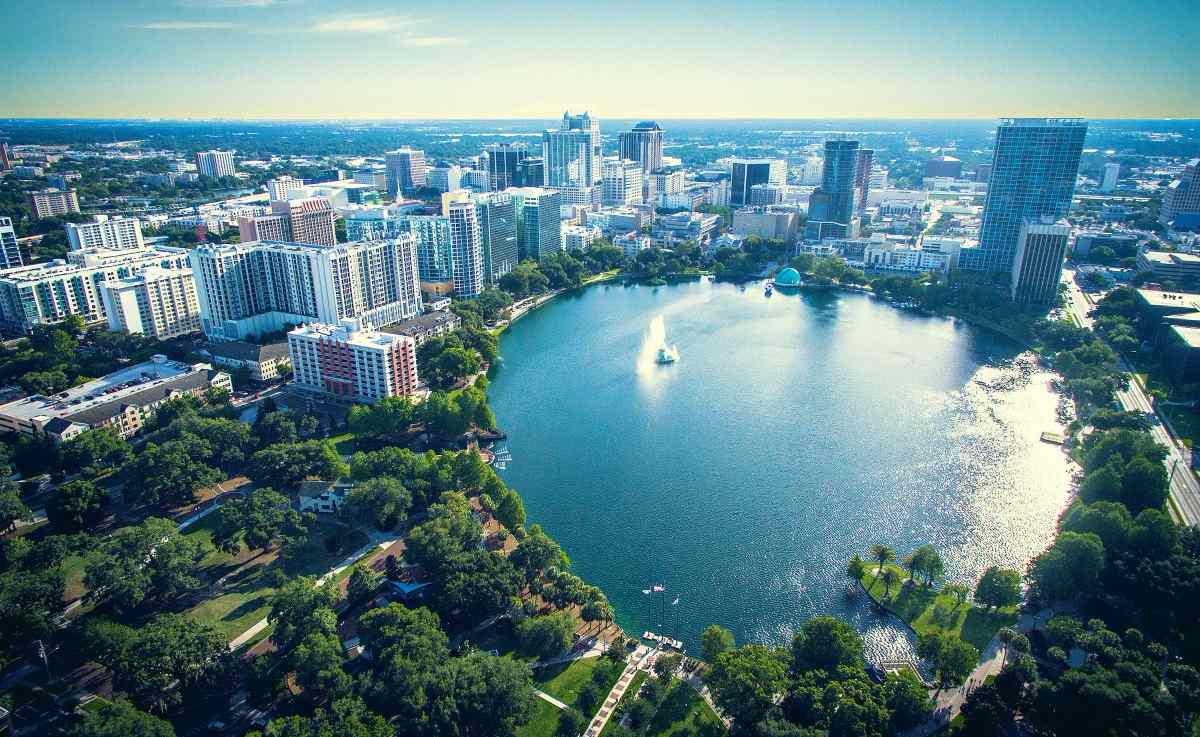 Could you sell your home as easily you could sell a car? Now, it’s possible in Orlando. Opendoor has just launched in Orlando, allowing local homeowners to request an offer on their home with the press of a button, and close the deal in as little as ten days.

The traditional process of buying or selling a home can be really painful – it’s long, frustrating, inconvenient and can often feel like people are trying to take advantage of you. We started Opendoor to change that, and create a real estate company that takes the stress, hassle and uncertainty out of the process.

At Opendoor, we aim to buy your home at a fair-market price, and you don’t have to deal with any of the stress that usually comes along with a home sale. It’s a simple, streamlined and certain process.

Orlando is ready for stress-free simplicity

We’ve had the pleasure of working with hundreds of homeowners in Orlando since we came to town, and our customers run the gamut – not just tech-savvy millennials or retirees.

Andrea and her husband both teach public school. They didn’t have the time to sell traditionally and test the market. Besida just spent the last few years taking care of ailing parents, and she sold to Opendoor because she was looking for a fresh start. Jerome was carrying two mortgages. Selling to Opendoor allowed him to move on to the next chapter in his life.

Their life situations are all very different, but their reason for selling to Opendoor is always the same: They wanted a simpler way to sell their home.

A sunny outlook on the horizon for Orlando’s housing market

Prices are up about 10% in the last year, and while prices are rising, moving isn’t any easier or simpler than it was when prices were at the bottom.

According to a survey that we conducted in conjunction with Researchscape among over 1,000 homeowners in Orlando (FL),  26% said they would rather get a root canal than go through the process of selling a house. 27% would rather get a colonoscopy, so clearly, people don’t think fondly of the process of selling a house and there has to be a better way. 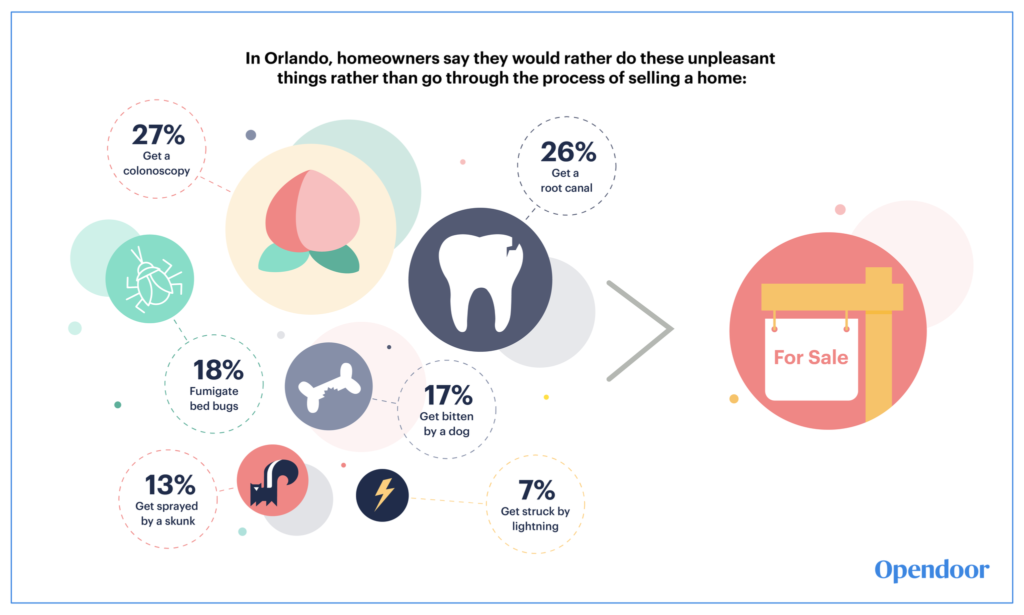 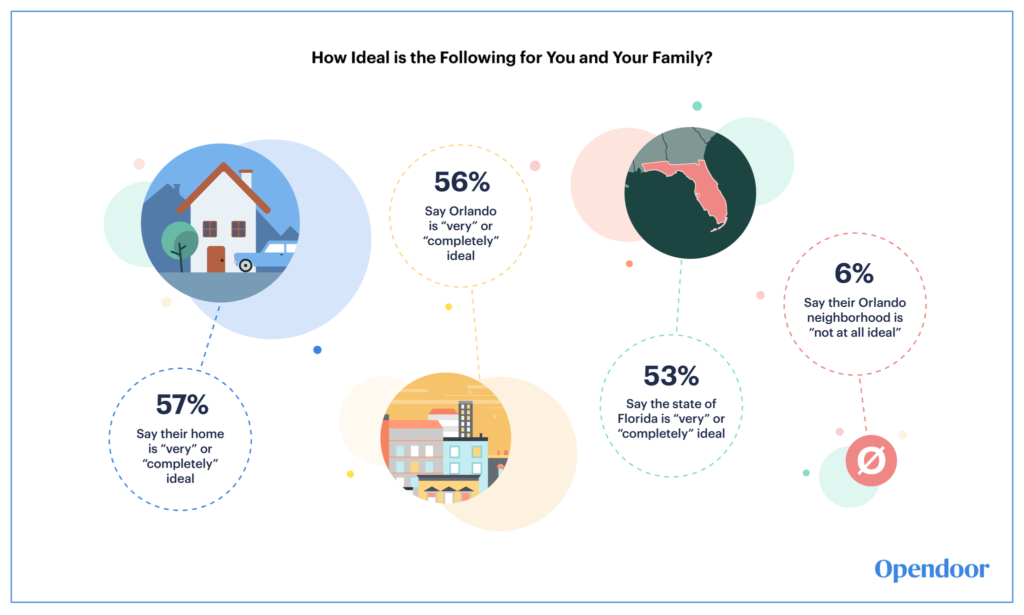 Orlando residents have a lot to look forward to

61% of Orlando homeowners think home prices will rise in the next year. 32% think they will stay the same, and only 7% think they will decrease. So yes, there may be more people thinking of making a move now that they have a little more equity in their home than they did when the housing market wasn’t so healthy. Which is why now is the perfect time to request an Opendoor offer, and experience an entirely new and easy way to sell a home.