Bought and sold their home with Opendoor in Dallas-Fort Worth, TX

As many homeowners do, Eric and Cassandra Herrin of Mesquite, Texas outgrew their first home. Yes, they had made many amazing memories as a family there, but the home’s limited space, both inside and out, left much to be desired.

They had a nice house, but they wanted that dream home.

A focus on flexibility

This thought remained until they stumbled on the Opendoor app in early 2018. Curious, Eric entered some info about their property, hoping to find out how much it was worth on the current market.

“I was surprised by the amount that was being offered,” Eric said. “I didn’t know my previous house was worth that much.”

Eric quickly realized that with this valuation, they could upgrade their house — and get a much larger one — for “essentially the same payment we had on our previous home.”

Unfortunately for the Herrins, balancing full-time jobs and a 3-year-old made shopping for that new home difficult. The combination of their unconventional working hours and a lack of real estate agents who could accommodate those schedules proved to be a major obstacle for touring properties.

“The Realtor I was talking to, that we were possibly going to use, he was on a really tight schedule and was only able to show me homes on certain days,” Eric said.

The process was an uphill battle, and after a few months, the Herrins put their home search on hold.

If at first you don’t succeed

In early 2019, Eric and Cassandra decided to revisit selling their home to Opendoor. The Herrins were pleasantly surprised to see that not only was the offer higher this time around, but now, Opendoor had a new service that would up the ante even more.

They could now use the app to buy a new home, too.

Opendoor’s new buying service allowed the Herrins to tour homes — any home on the market — on their own terms, on their own schedule and with only the tap of a finger.

Right away, Eric was on board with the simplicity and straightforward nature of the experience. He explains, “You just schedule a time to go look at it,” Eric said. “A tour assistant meets you there, they open the door and just let you walk around and look at it and answer any questions you have. No pressure.”

The Herrins were able to schedule tours on their own terms — even late at night — and to Cassandra, that flexibility was key.

“It was much more convenient because we work a lot and we don’t have time during the day other than weekends to really schedule a time and go look at a home,” she said. “Being able to just have someone open the door and let us in, that was my favorite part of the whole experience.” 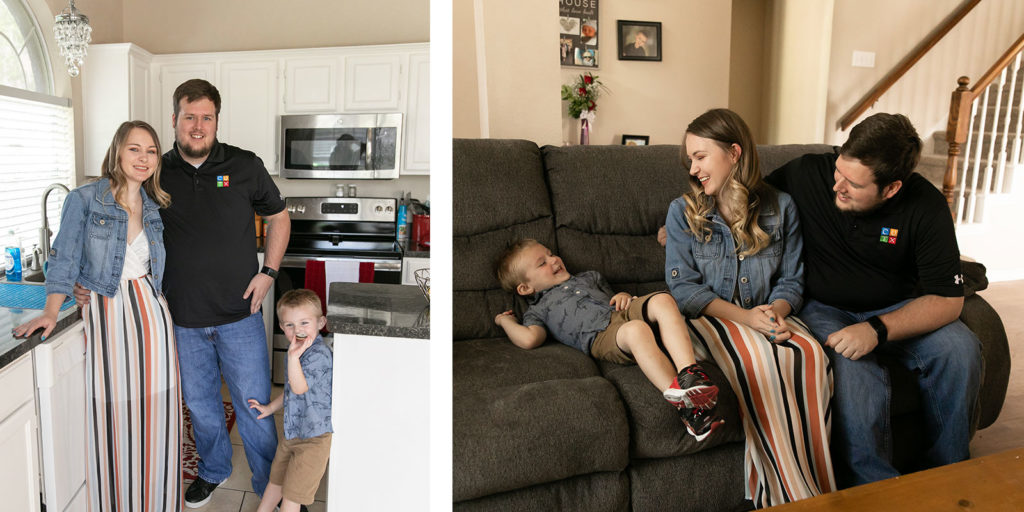 Help along the way

Eric and Cassandra handled the scheduling and touring themselves (exactly what they wanted!), but they weren’t completely solo. They had the help of Opendoor partner agent Tony along the way.

“Working with both of them was just a breeze,” Eric said. “They knew what they were talking about.”

Tony texted, kept the Herrins abreast as their purchase moved along and were there to advise on offers, pricing and negotiations. Tony’s help — along with the easy tour scheduling — made the process “zero stress whatsoever,” according to Eric.

The process was so easy, in fact, Cassandra was able to put in an offer right from the passenger seat of their car. The offer was accepted immediately, and the rest is history. 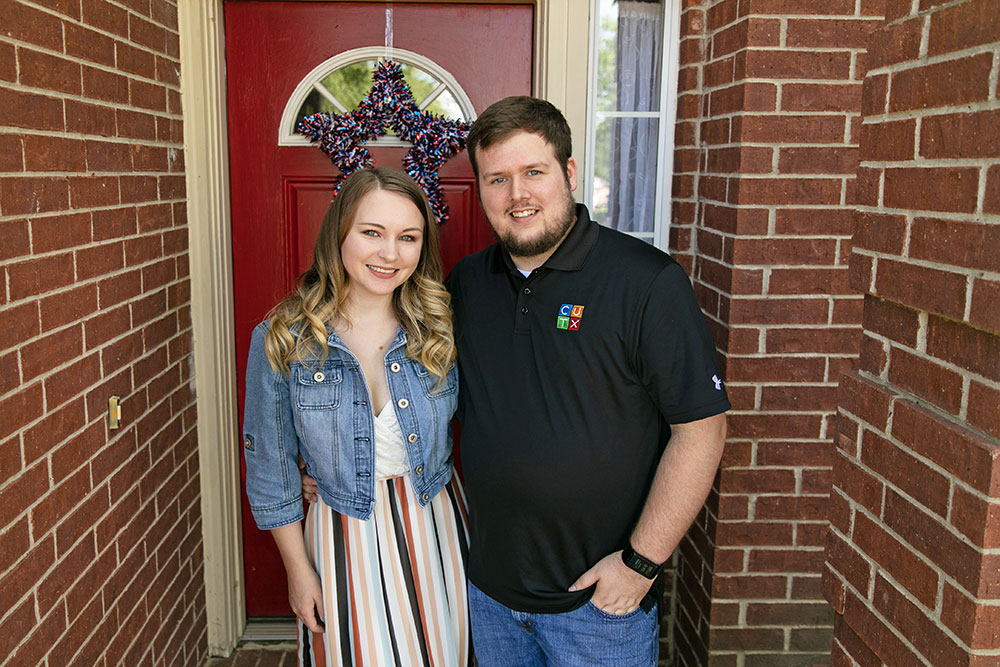 “It probably just wouldn’t have worked out in the end if this process wasn’t there.”

Today, the Herrins and their 3-year-old son are looking forward to pool parties, BBQs and a fun-filled summer at their new house — a beautiful two-story property with a huge backyard, great schools and serious curb appeal. But looking back, the Herrins say their purchase wouldn’t have been possible without the unique buying and selling options that Opendoor offered.

“We wouldn’t have been able to do it,” Eric said. “I wouldn’t have gotten approved for two mortgages, so I’d either have had to sell my home and move into an apartment or with family until we could find another home. It probably just wouldn’t have worked out in the end if this process wasn’t there.”

Calling it “convenient, awesome and affordable,” the couple said the trade-in credit they received for buying and selling with Opendoor actually helped offset their closing costs. Additionally, their Opendoor partner agent was able to negotiate a lower purchase price on their home, saving them even more money in the long run.

“It was night and day”

Ultimately, the Herrins found this journey to homeownership in stark contrast with their last one, saying it was easier, more reliable and, overall, more enjoyable from start to finish.

“It was night and day,” according to Eric. “If there’s not a service around like this whenever we’re ready to sell again, we probably won’t do it.”

Eric even recommended the program to his manager at work, who’s now going through the trade-in process herself.

His advice to her was simple: “Do it.”

​​Now in select markets, you can buy any home on the market and sell your home to Opendoor — all in one experience.

In connection with this piece, customers were compensated for their time, not their views or opinions.