How Opendoor saved the day for a couple of hometown heroes

Sold their home to Opendoor in San Antonio, TX

When we asked Ricardo Rodriguez whether he’d ever sold a home before he let out a sigh and responded with two words: “Oh lordy.”

Ricardo has lived in San Antonio for 58 years, where both he and his wife Teresa retired after serving in the military. He joined the Navy at age 17, and she climbed the ranks of the Army, rising to serve as one of the early female drill sergeants back in the 90s. As he proudly put it, “She was making sure those soldiers were the future of the US army.”

When you talk to Ricardo, it’s obvious how fond he is of his wife. Years ago, he nominated Teresa to be a hometown hero in Cincinnati. She was selected, and was even invited to throw out the opening pitch at a Reds game. Before the game, she was nervous that her pitch wouldn’t make it to the plate, so she and Ricardo went to a park to practice. (She’d recently seen a video of 50 Cent missing home plate by at least ten feet.)

As it turned out, Teresa was a natural.

“I gave her a baseball and put her sixty feet and six inches away. She threw a perfect strike.”

The two of them live in Bristol Place, a tranquil community on the city’s northeast side. Ricardo grew up there and holds fond memories from when it was a peaceful farming town. According to him, it hasn’t lost that charm. Up until recently, Ricardo served as the HOA president.

“The neighbors have a howdy attitude,” he said. “Everyone says howdy.”

Both Ricardo and Teresa are disabled veterans. Because of this, climbing up the stairs of their two-story house to get to the laundry room was really taking a toll. They’d also come to rely on their pool for exercise, but because it was aboveground getting in and out could be a real pain. 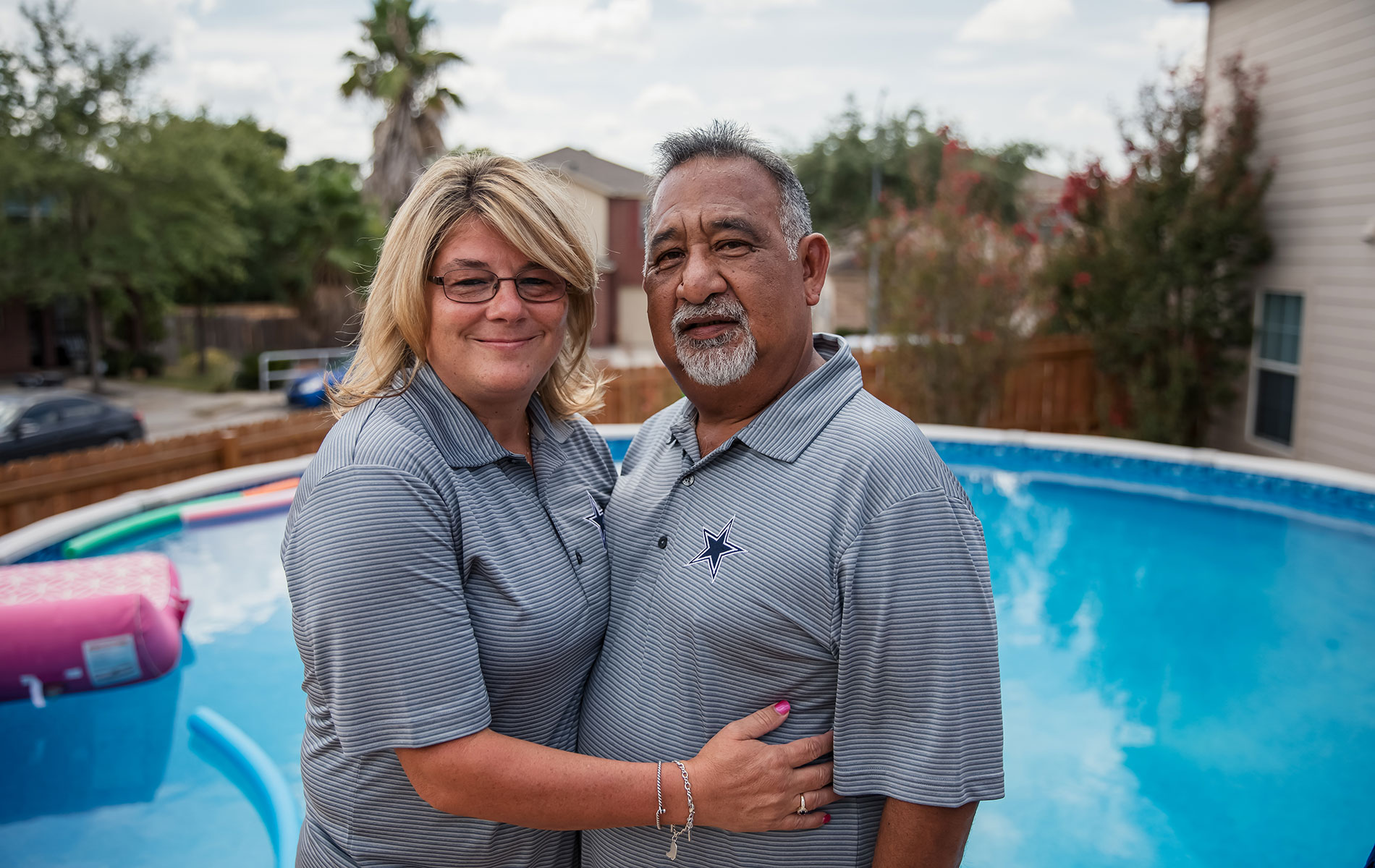 Over the years they tried unsuccessfully to sell their home five or six times. Ricardo recalled their previous attempts to sell with unease:

“ When we were trying to sell the home the first time, we’d be in the middle of dinner and the next thing you know, we’d have to turn off the stove and put the food away. We’d have one hour to get out of the house before the showings. ” – Ricardo

He remembers picking up his grandkids and their puppy, packing everyone into a car and trying to figure out some way to kill a few hours of time. Often, they wouldn’t even receive a response from potential buyers after the ordeal.

“My wife really stressed because you have to showcase everything. All your personal belongings have to be put away. It’s like trying to live in a shell of your home,” he said.

Earlier this year, they received a letter in the mail from Opendoor. It came at just the right time.

“We had been trying to sell the home. We had it listed for a little bit. Out of the blue I received a letter. Being a former postal office worker, I don’t open pre-sorted standard mail. This time, something told me to open it.”

Looking back, Ricardo is glad he opened that letter. Without it, he may never have known about Opendoor.

He and his wife entered some details about their home at opendoor.com and received an offer to purchase it in a matter of days. They were elated. Selling to Opendoor meant they could have a new home built, and they could move on without having a single home showing. It also meant they could choose their close date to avoid moving more than once. 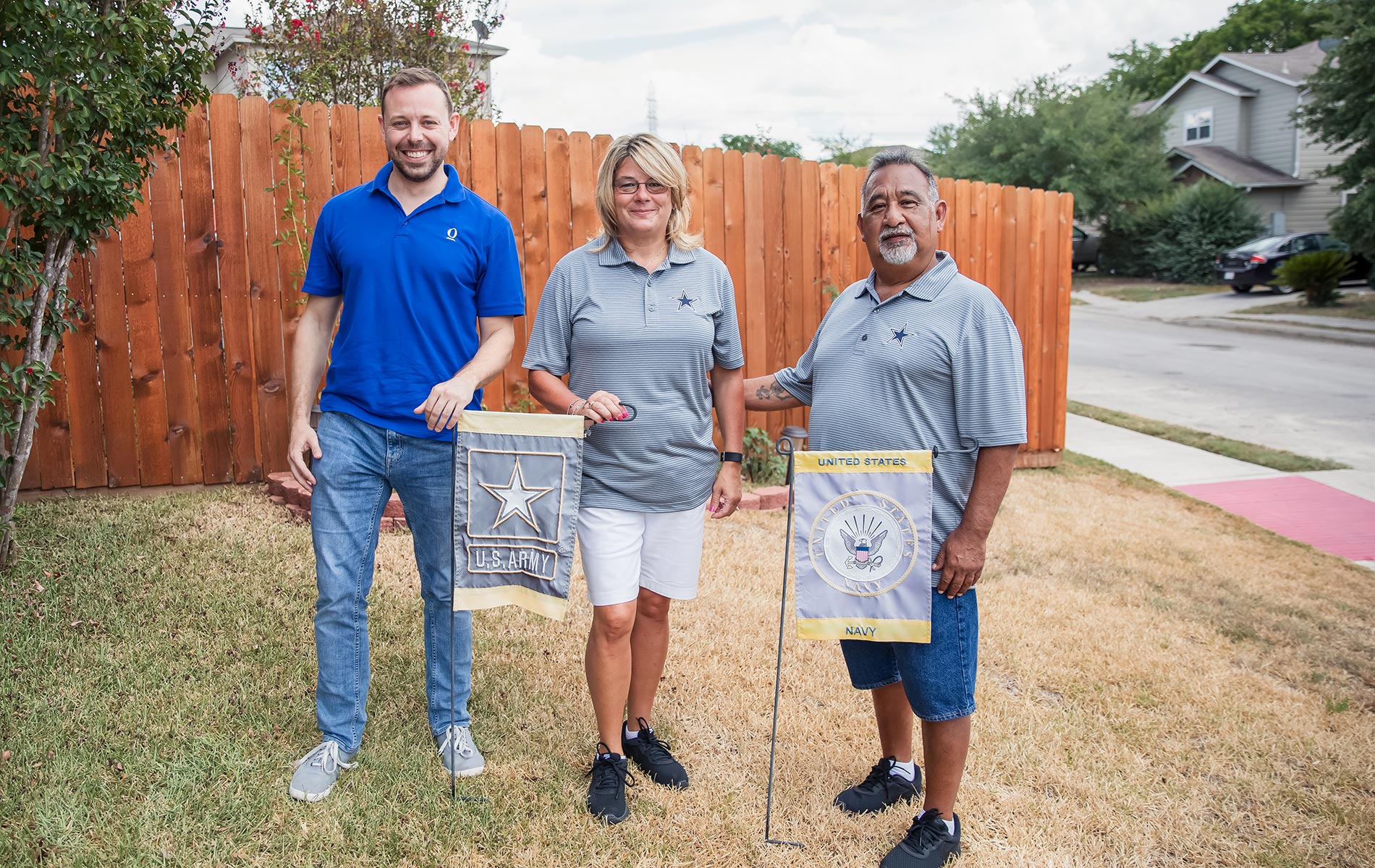 “Opendoor gave us flexibility. Without it, we’d have to rent an apartment, move the furniture, then move again when the home was ready.”

Now, with the new home nearing completion, Ricardo and Teresa are getting excited. Especially because they’re upgrading to an in-ground pool—a big step up (and a literal step down)—from their previous pool. Plus, they won’t have to worry about all those treks up and down the stairs to get to the laundry room.

We asked Ricardo how his experience selling to Opendoor stacked up to listing his home on the market.

“ I’m very, very impressed with Opendoor,” he replied. “You treated us like family. I mean we are just tickled pink.”