Survey: What’s love (and real estate) got to do with it? 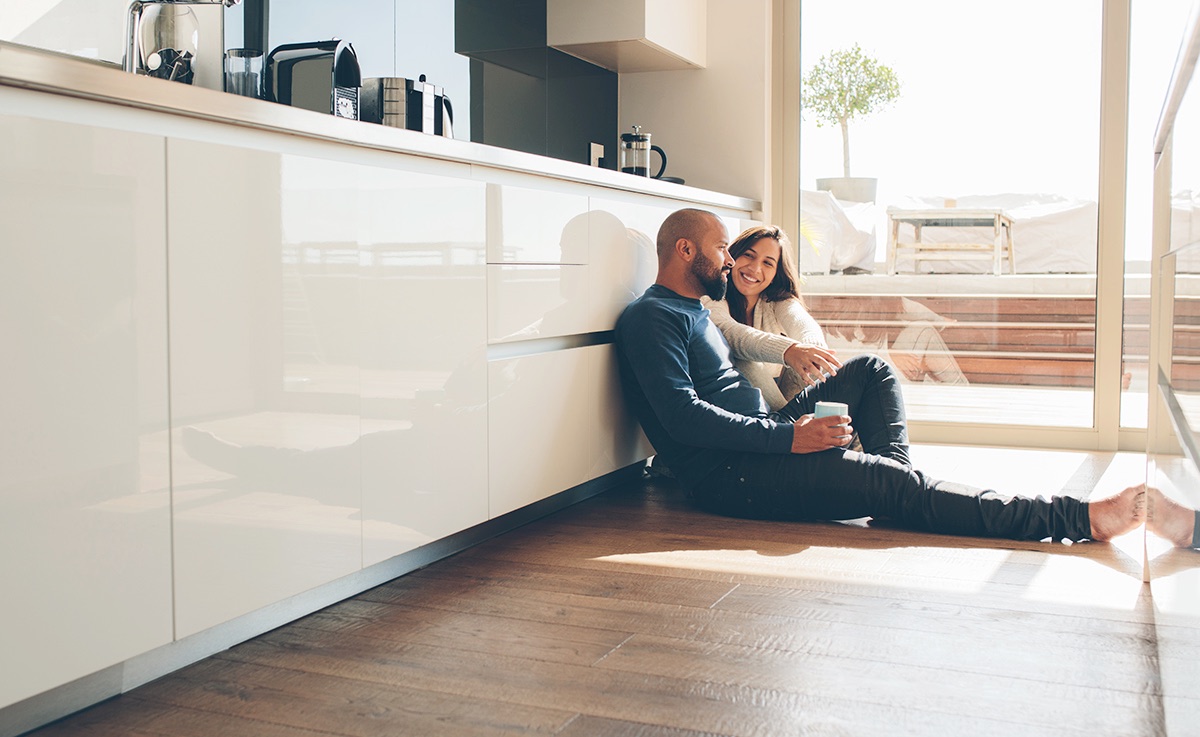 First comes the home, then comes marriage in the millennial age

With summer in full swing, America’s kicked into both peak homebuying and wedding season.

According to the National Association of Realtors (NAR), the busiest season in the housing market is between May and August. The nuptial period really ramps up during Summer as well. In fact, research by Priceonomics found that 80% of weddings happened between May and October.

Unfortunately, both prices for buying homes and having a wedding continue to skyrocket. Research from the Pew Research Center recently found that young, unmarried Americans with the desire to someday marry point to financial stability as one reason for not being married to date.

Meanwhile, while some blame the millennial homebuying delay on avocado toast, younger generations seem to simply be prioritizing life events in new ways based on their budgets and beliefs. For instance, many millennial couples are now moving away from their parents’ norm by co-buying a home with a significant other before walking down the aisle together.

To dive deeper into the marriage and real estate decision that many young-to-middle-aged homebuyers are faced with today, Opendoor’s subsidiary, Open Listings, surveyed 500 unmarried Americans at peak homebuying age (25-54 years old) in June 2018 to get their thoughts on saving money to buy a home, budgeting for a wedding, how they are planning alongside other big expenses such as student loans, and the impact all of the above can have on relationships.

To further analyze the cross-sections of our 500 respondents, we also broke them into subsets of groups based on whether they identified as being single, dating, in a relationship, or engaged.

How singles & couples weigh their home goals vs. relationship goals

Of our survey respondents, 34% of those in relationships (and not married) already own a home, compared to 27% of those that identified as being single.

For those still saving up, the majority of both singles and coupled-up respondents agreed that saving and buying a home would be more stressful for a relationship than saving and planning for a wedding.

63% of singles and 59% of couples cited it as the bigger stressor, with little discrepancy among age and gender.

Does home ownership hold more weight than the wedding?

When weighing whether they would delay their wedding or have a smaller wedding – 64% of coupled respondents are on-board for a delay or downsized wedding so they can buy a home sooner.

Those numbers varied slightly in a breakdown by gender, but still largely leaned towards making some wedding sacrifices for the sake of homeownership: 71% of women and 62% of men were okay with said delay or downsize. Respondents aged 35-44 were the most likely to consider a delay or smaller wedding to buy a home sooner, at 70%.

Because of this, half of all couples live together before getting married, and one out of four millennial couples have actually purchased a house with someone before marriage.

Where do the income & savings go?

Given that most people need to consider a budget when juggling their various expenses, it’s unsurprising then that they might have to consider what’s most important to them as they consider big-ticket purchases.

We asked survey respondents about this and had them rank which big-ticket purchase or cost they were saving for the most: a home, wedding, or student loan.

For couples, that big ticket purchase was a home, as 29% cited it as what they were stowing away their hard-earned dollars for. Only 17% of couples said wedding and 16% said student loans.

Across all three groups, there was one consistent factor: people consider saving money to put toward homeownership and student loans more important than saving for a wedding.

People might be quick to point to inflation as a big factor in the discussion, and those people might be right – to a certain extent. What cost around $10,000 in 1980 now costs around $32,000 thanks to inflation, which is projected to increase by at least two percent each year until 2023.

But, it’s more than inflation. The cost of weddings has increased in general.

The average U.S. wedding now costs 66% of an average home down payment

Current wedding costs reflect this staggering increase. In The Knot’s 2017 Real Weddings Study, they found that the national average cost of a wedding was $33,391.

When diving into certain locales across the country, average wedding costs in major California cities come in just above the national average — Los Angeles weddings total $36,890, San Diego takes second at $37,599, and San Francisco boasts $39,475 as its average wedding cost. Comparatively, an Austin, Texas wedding could cost you around $27,743 on average.

When diving into certain locales across the country, average wedding costs in major California cities come in just above the national average — Los Angeles weddings total $36,890, San Diego takes second at $37,599, and San Francisco boasts $39,475 as its average wedding cost. Comparatively, an Austin, Texas wedding could cost you around $27,743 on average.

Though most first-time homebuyers aren’t dropping cash on these purchases, if they do end up trying to put 20% down to avoid private mortgage insurance on their home, they’re looking at a $51,000 lump sum.

That means the average American couple is looking at costs of over $80,000 if they’re hoping to pull off a wedding and a home.

Millennials anticipate cutting down on wedding costs and down payments

Based on responses to our survey though, it seems as though millennials are getting thrifty with their wedding plans. When comparing our survey results to average wedding and real estate down payment costs, millennials aren’t looking to drop all of their money in one fell swoop.

In factIn fact, 62% of millennial respondents were only anticipating spending $10,000 or less on their future wedding!

This brings to mind the recent experiment a Buzzfeed writer took when she tried to recreate her parents’ 1974 wedding on a $10,000 budget. After booking the same (or similar) venues and arrangements in San Francisco, the wedding ended up costing $47,286 – an increase of 370%!

She found that the wedding costs have increased in recent years because of the growth of weddings as an industry, meaning that vendors tend to charge more for planning a wedding.

Millennial respondents to our survey were also planning to spend less than the aforementioned $50,000 down payment on a home.

Over 70% of our millennial respondents said they were anticipating spending less than a $40,000 down payment on their next home.

With today’s housing prices the truth is most first time homebuyers can’t afford putting 20% down, and many of these respondents are likely planning on spending more along the lines of 6% on a downpayment.

According to a NAR study, on average, the majority of first-time buyers who purchased a property through a mortgage from December 2016 to November 2017, made a zero to six percent downpayment.

That brings us to the question of if homeownership is even still important. Though many respondents seemed to indicate that they’re looking to keep costs low, they still consider homeownership to be important –- very important, in fact.

65% of engaged couples ranked homeownership as “very important,” compared to 53% of other couples, and 43% of single people. This could be an indicator of what they’re anticipating their next big milestone to be.

Perhaps for some engaged couples, their next step would be homeownership versus single people who might consider paying off a student loan to be the next hurdle. When comparing men and women’s views on homeownership, the majority of women (52%) ranked homeownership as “very important”, while only 40% of men did.

When it comes to how singles and couples alike are finding homes today, many are swiping house listings the same way they do dating profiles on their iPhone or Android.

However, based on responses to our survey, it seems like more people are interested in swiping to find a potential home than they are a potential mate.

Of respondents who identified as single or casually dating, a whopping 70% said you’re more likely to find them swiping through house listings on a Sunday night than Tinder.

As expected, this number increases to 90% looking at home listings over Tinder profiles when we looked specifically at those in relationships or engaged.

The other 10%? In a somewhat surprising twist, 10% of coupled respondents said that they’d actually be doing the opposite of their single counterparts -– noting that you’d be more likely to find them swiping through Tinder profiles than house listings on a Sunday night. Though we didn’t probe further into why this might be, we think it’s safe to say that there’s something going on there.

This article was originally published on Open Listings’ blog in July 2018 – and we’ve updated some graphics and citations.

Get the free Opendoor app