We are taking extended measures for the health and safety of our communities, including making updates to our home buying and selling processes.

How Opendoor helped a couple of downsizers upgrade their lifestyle

Sold their home to Opendoor in Charlotte, NC

In the summer of 2018, Ron Gray and his wife, Darlene, decided it was time to simplify their lifestyle and appreciate every moment. For them, that meant spending more time outdoors, seeing their grandchildren grow up, and volunteering in their community.

“We wanted to sit back and appreciate what we’ve got. Enjoy the grandkids. Love every day.”

Simplifying also meant selling their home in Charlotte, a stressful task they neither of them were looking forward to. Ron had gone through the process of selling a home four times.

“I’ve always hated selling a house because you have to bicker back and forth. You have people coming through that nickel and dime you. For four houses now, that’s what I’ve had to do. It just got old. People coming through your house, rummaging around, and I just—I don’t like that. That’s why I was so interested in Opendoor.”

Ron worked as an engineering manager for IBM, among a few other jobs. The Grays are captivated by nature and love to travel. “I did a motorcycle tour with a friend that lived in Hollister. My friend said, ‘Ron, anytime you want to pull over and take photos go ahead.’ I barely got on the bike.”

Now Ron works as a Medical Courier, a job he loves. “I go to work, load up some supplies, and drive the company to all this different locations in and around Charlotte. I’m just in the van by myself, singing tunes, loving life. You can’t beat it. I love that job.”

The couple has lived in the Charlotte area for decades. Ron had the home built in 1998, and he picked everything in it from the ceiling to the floor. When he and Darlene got married, she added a few decorations and touches of her own. 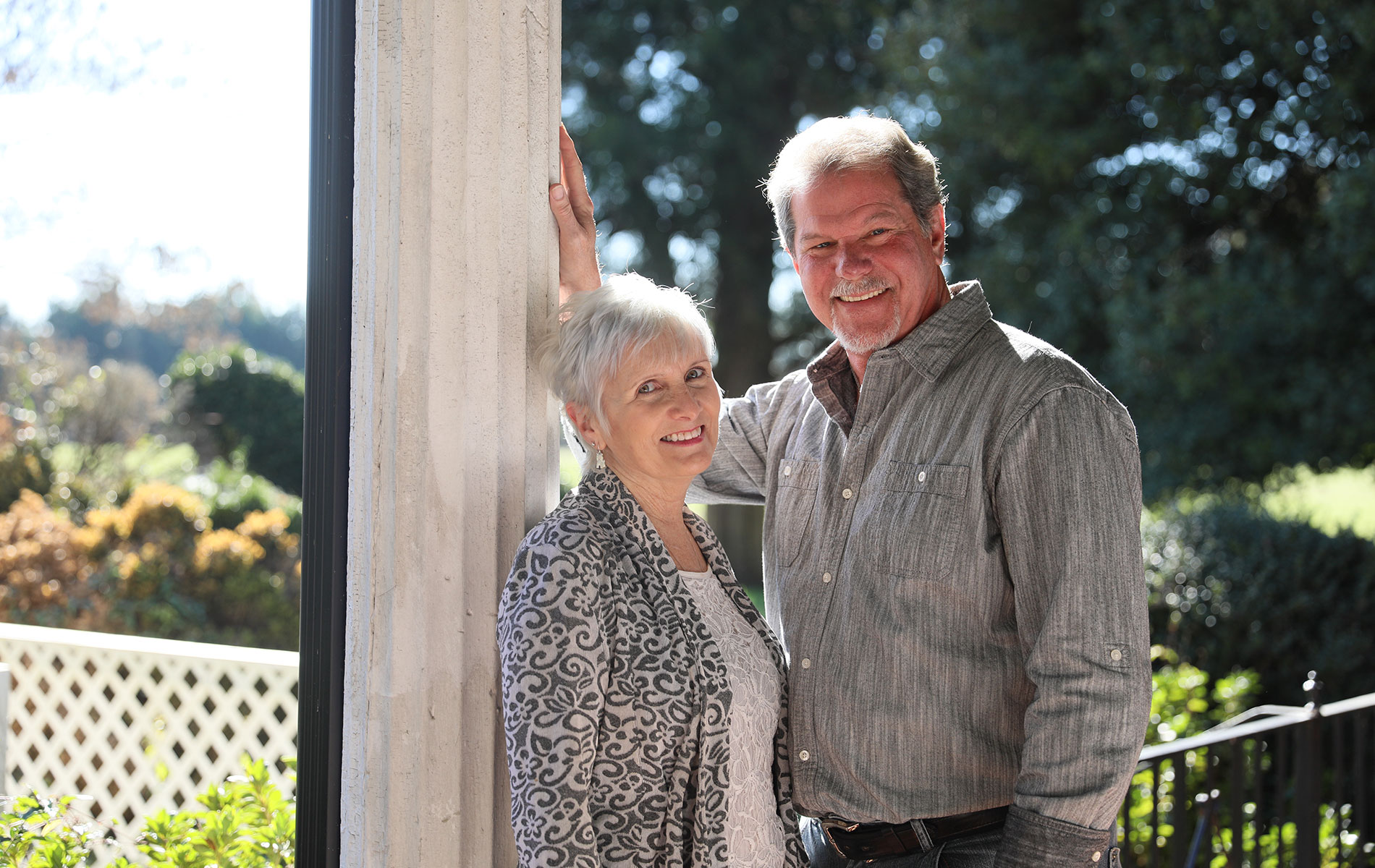 Ron credits his wife for having the idea to sell to Opendoor. When the home was ready to go on the market, he started asking around to see if there were any real estate agents who knew the area. His wife had another idea.

“She asked me, ‘Honey, why don’t we try Opendoor?’ I’d never heard of Opendoor, and I told her it sounded too good to be true. She told me we’d never know until we tried. She talked me into it.”

They decided to give Opendoor a shot. After all, they knew that they could back out of the sale before closing if their plans changed.

No headaches, no hiccups, no ‘gotcha’
Darlene called and chatted with Milo, a Home Advisor, to tell him about the home’s features and upgrades. He did a market analysis and presented an offer from Opendoor several days later. The Grays were thrilled with the number.

“I was tickled to death right then and there. I didn’t think we were going to get that much.”

They decided to move forward with the sale, and Ron approached the process with a healthy skepticism.

“I kept waiting for a ‘gotcha,’” he said. When it came time for the home assessment, he was worried that he might get overcharged for repairs, but when the report came back, he was pleasantly surprised.

About a week later, Ron realized there was a problem. His wife had gone through foot surgery, so she was in a boot and could barely move. He worried that the closing would be delayed if his wife couldn’t attend to sign the papers. 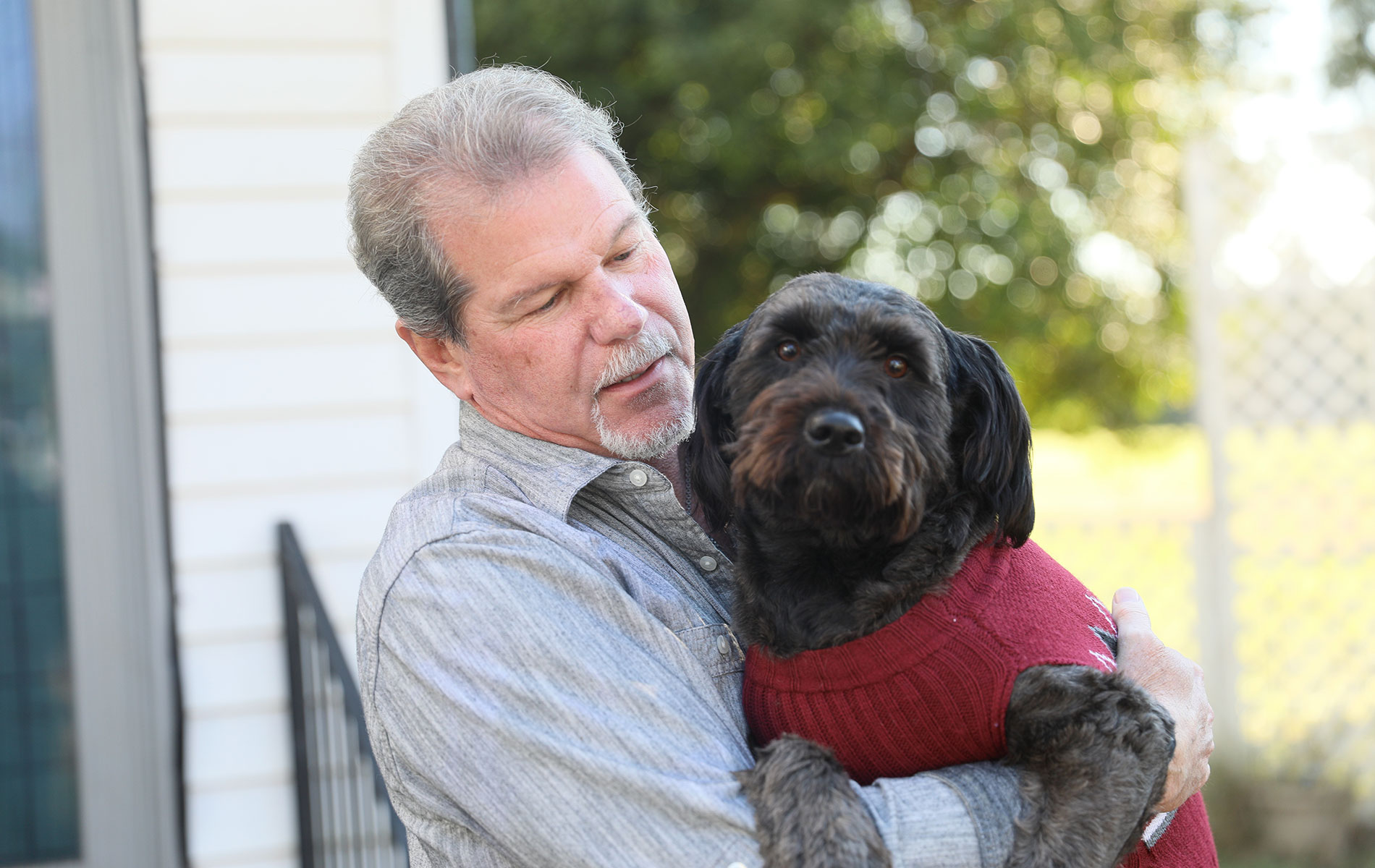 As it turned out, it wasn’t a problem at all. Ron’s Home Advisor was able to email the paperwork for Darlene to sign and notarize, and the closing moved forward, right on schedule.

“Once again, I didn’t have my ‘gotcha’,” Ron said. “I was waiting for it all this time and nothing ever happened.” They sold the home on a Friday, and and the money was in their account on the following Tuesday.

“My wife looked at me right then and there and she could have said, ‘I told you so.’ She didn’t though. She knew she had me.”

Thinking back on the process, Ron is struck by how much it differed from previous sales.

“It’s been heaven from beginning to end. No matter what’s come up, they’ve always had the answer.”

The Grays have since purchased a new home that’s smaller and easier to upkeep. They’re looking forward to traveling, seeing their grandchildren more often, and improving the lives of elderly people in their community. But more than any of that, they’re just pleased to have the sale behind them so they can enjoy the present.

“My wife and I, we admire the littlest of things. We see so many other people that are just in a rush to get where they’re going. They don’t stop and, as they say, smell the roses.”